One of the most interesting mechanics in Origin is Rage. It replaces the critical hits from the classic version. The crits were calculated by a formula where the amount of extra damage and how often the crits are triggered depended on the Axie’s base stats. This sounded good, but in practice, these crits were more random and unpredictable, sometimes even missing the target. In some cases, they were even making the battles more difficult to win.

First of all, this concerns the Beast class of Axies. Our pool practically has no Beasts as we prioritise those teams whose results depend on the player’s skill. However, after testing Rage in Origin, it is possible that we will acquire some teams with Beasts in them. 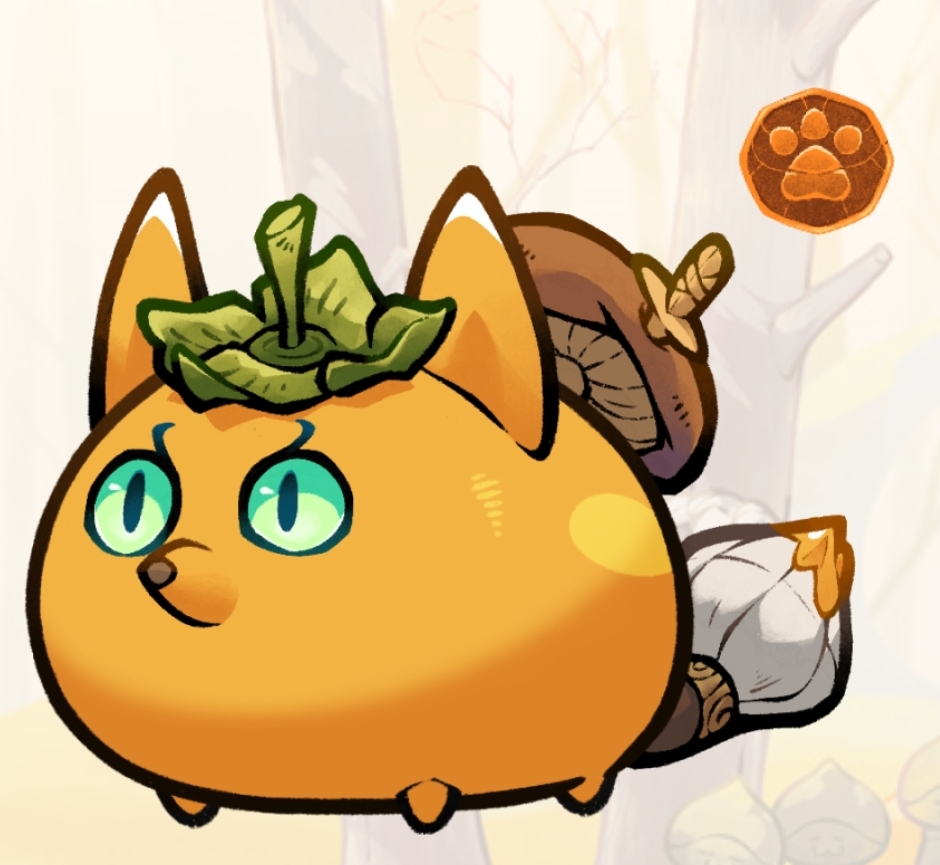 By the way, every player can test this mechanic since the free Axie Buba has it.

Let us name the main Beast cards that you can use to make a unique strategy. 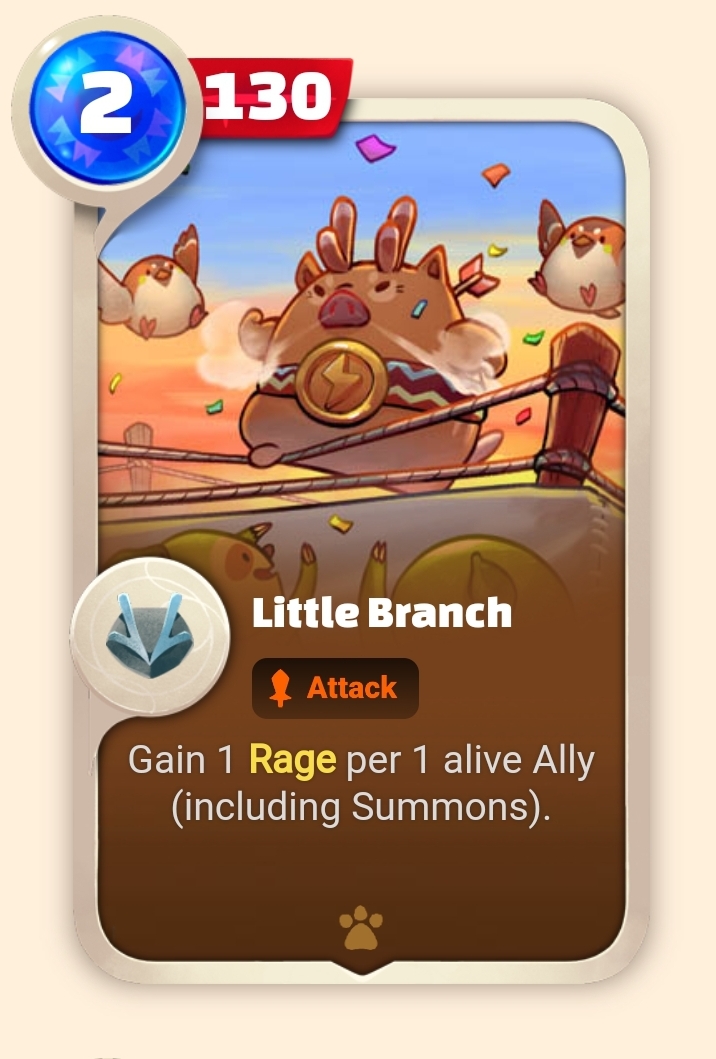 One of the most obvious options is the card called "Little Branch." If the Beast has this card, then your tank will need 2-3 summon cards, some defensive cards, and Shiba. 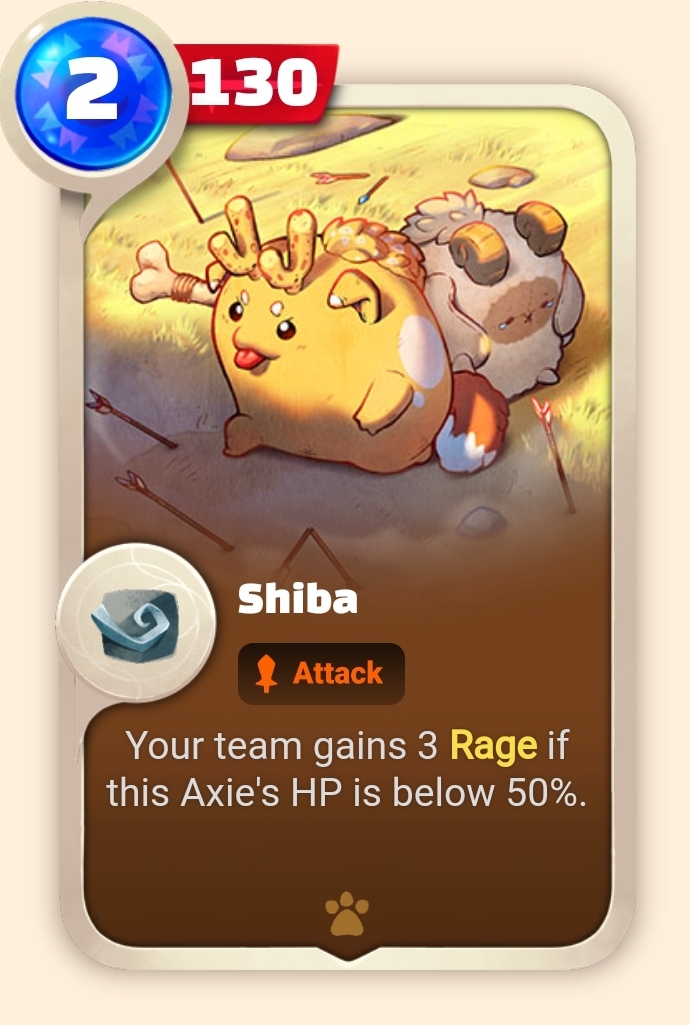 One of the most used cards in the classic version, Ronin, might be just as overused. 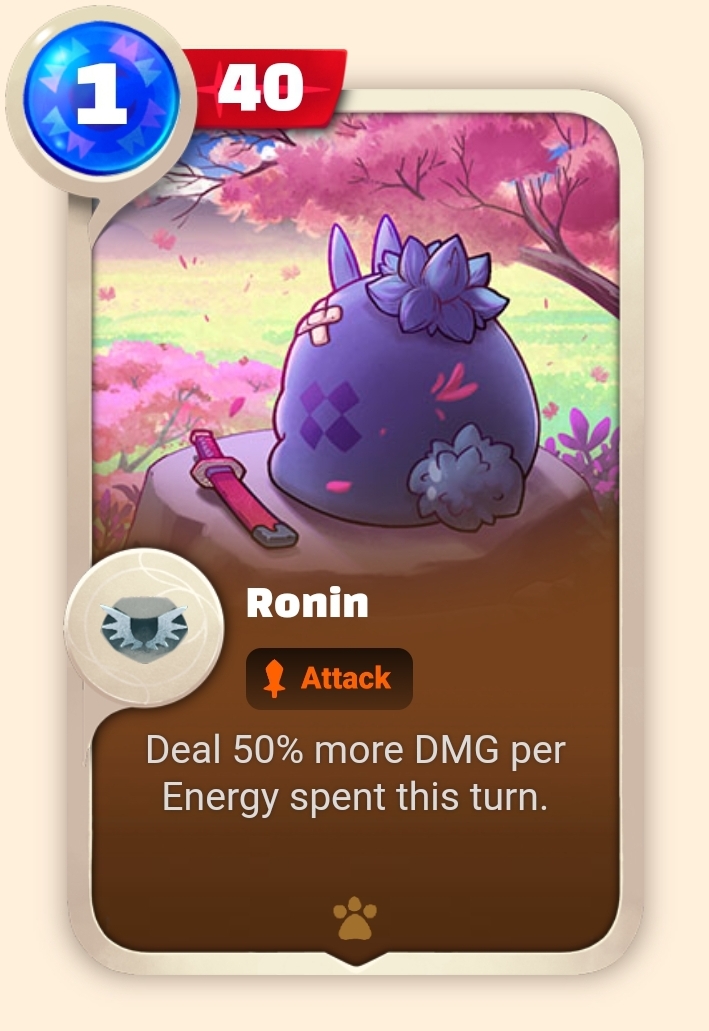 It will come in handy if your deck has cards that can generate energy. So Ronin must be played last to activate its effect, but you must calculate the DMG output beforehand, so you don’t waste a turn.

The third option that skilled players might consider is using backdoor cards such as Kiss, Gerbil, Merry, and others. If played right, the backdoor damage dealer can defeat many builds. Their worst enemies would have debuffs. That said, any beast’s greatest enemies are someone who has debuffs in origin. Therefore, some counter-measures should be considered as well.

We’ll tell you more about that in one of our next articles. Thank you for tuning in and have a great day!