What To Expect In The Upcoming Diablo 2: Resurrected 2.3 Patch?

We asked, and devs finally listened. That’s a conclusion we may draw in light of the recent announcement about patch notes. So let’s see what Blizzard prepared for fans and how soon we can test novelties.

What are Major Changes Will be in Diablo 2 Resurrected Patch Notes?

Looks like creators considered players’ wishes because, according to announcement, we may expect some alterations in difficulty options for solo walkthrough on consoles. Now, when you’d like to complicate the game a bit and make rewards better, all you’ll have to do is tweak your settings.

Instead of filling your lobby with others, you may just adjust the slider up to 8 and enjoy the process like you’re playing in a squad. Pretty convenient, right?

Another change that will come with Diablo 2 Resurrected patch notes became great news for computer users. It’s no secret that sometimes it’s challenging to apply abilities and spells using keyboard and mouse, which is not an issue with controllers. In order to alter that and simplify their lives, players asked devs to do something about it.

So, after thinking it through and overcoming a fear that the game, in that case, won’t be like the original, Blizzard decided to top up a game with a fresh feature - the Active Skill Bindings bar. It may include up to 16 skills, which you can use via Quick Cast.

By the way, this feature is entirely optional - you can activate it or be loyal to classic and play without that.

As for gameplay changes, creators add “miss” text to PvE and PvP modes so that players may see when they mishit. Like the feature above, it’s optional. Moreover, there’s a key bind with the name Force move that allows to move a personage to the mouse spot. Hopefully, it really will be a helpful improvement.

How Else Will Diablo 2 Update Impact the Game?

Now when we highlight the major stuff, it’s time to check out other novelties. Naturally, developers paid attention to graphics and audio. For instance, now controller users may hear cues in the menu and during auto-filling potions. Besides that, one visual improvement includes displaying the character’s lvl on the lobby screen.

Another essential piece of news tied to the update Diablo 2 is that Blizzard intends to launch D2R PTR for the first time. Devs will offer fans to try innovations out. Those who’re familiar with WoW know what this thing is. It allows creators to receive feedback from gamers and fix some features before releasing patch notes.

However, the sad news is that devs haven’t revealed a start date for PTR yet, but may suggest that it’ll happen somewhere at the beginning of December. Also, this period is supposed to be a time when the update launches. All we can do now is wait for official announcements and get ready for the upcoming changes by discussing them on . 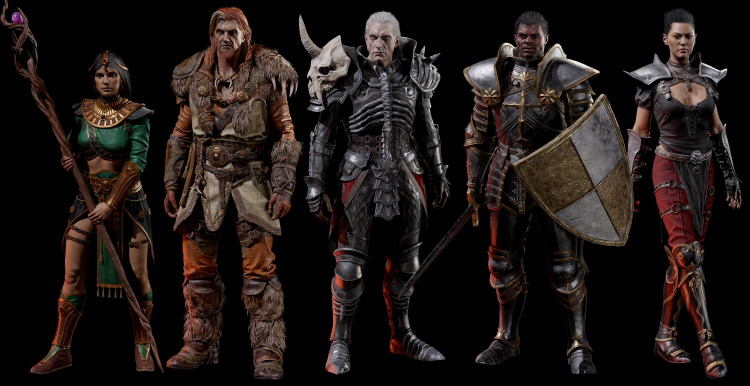 Prepare for the Update with LFcarry Experts

We may say without a doubt that patch notes will definitely make our game a teensy bit convenient, but before that, it’s still quite demanding. However, you don’t have to wait for the release of an update to progress through the game. You’ve got an option to achieve all you want right now with LFcarry.

The best D2R veterans are working with our service and are always eager to help casual players enjoy the game 100%. On , you may find loads of Diablo II: Resurrected offers, including leveling, boss farming, and gearing. All there’s for you to do is just pick whatever you like, then our PROs will start working on your order. In the meantime, you may relax and spend your time on other exciting things or activities. We promise to deliver you the best results and improve your gaming experience.

Thank you for reading, and make sure to check our blog occasionally to know more about your favorite game, we’ll be waiting. Good luck!