We’re closer than ever to Vanguard's 1st season that will potentially breathe a new life into struggling Warzone. Join us as we uncover all the details available about the map and other content that will become available this December!

Another Season 1 is Upon Us

Call of Duty Vanguard was released only 3 weeks ago, but for the real fans, it felt like forever. Everyone’s craving for the new content and the release of the first for this game Season Pass. Especially now that we know that Caldera' will be included in the content of the Season Pass. There’s a lot of information coming from many different sources about the Warzone pacific map, so needless to say, this will be one of those information-packed articles.

Starting from the very beginning, we have the first image, a poster, if you will, for Season One. It was first leaked through PlayStation. This image has a little bit more information than first meets the eye. As far as this goes, what we have here is 3 Operators holding 3 different weapons. The Operator’s also leaked names are:

As for the weapons:

The overall background and aesthetic of the image definitely tell us that this is Caldera, the long-awaited CoD Warzone Pacific Map. Also, notice the planes flying in the sky in the background of the image, which, as we know, is going to be a big part of the new map. It is also worth noting that the Rebirth Island map will also be new. Quite likely, it’ll be one of the regions or POIs of the Caldera. 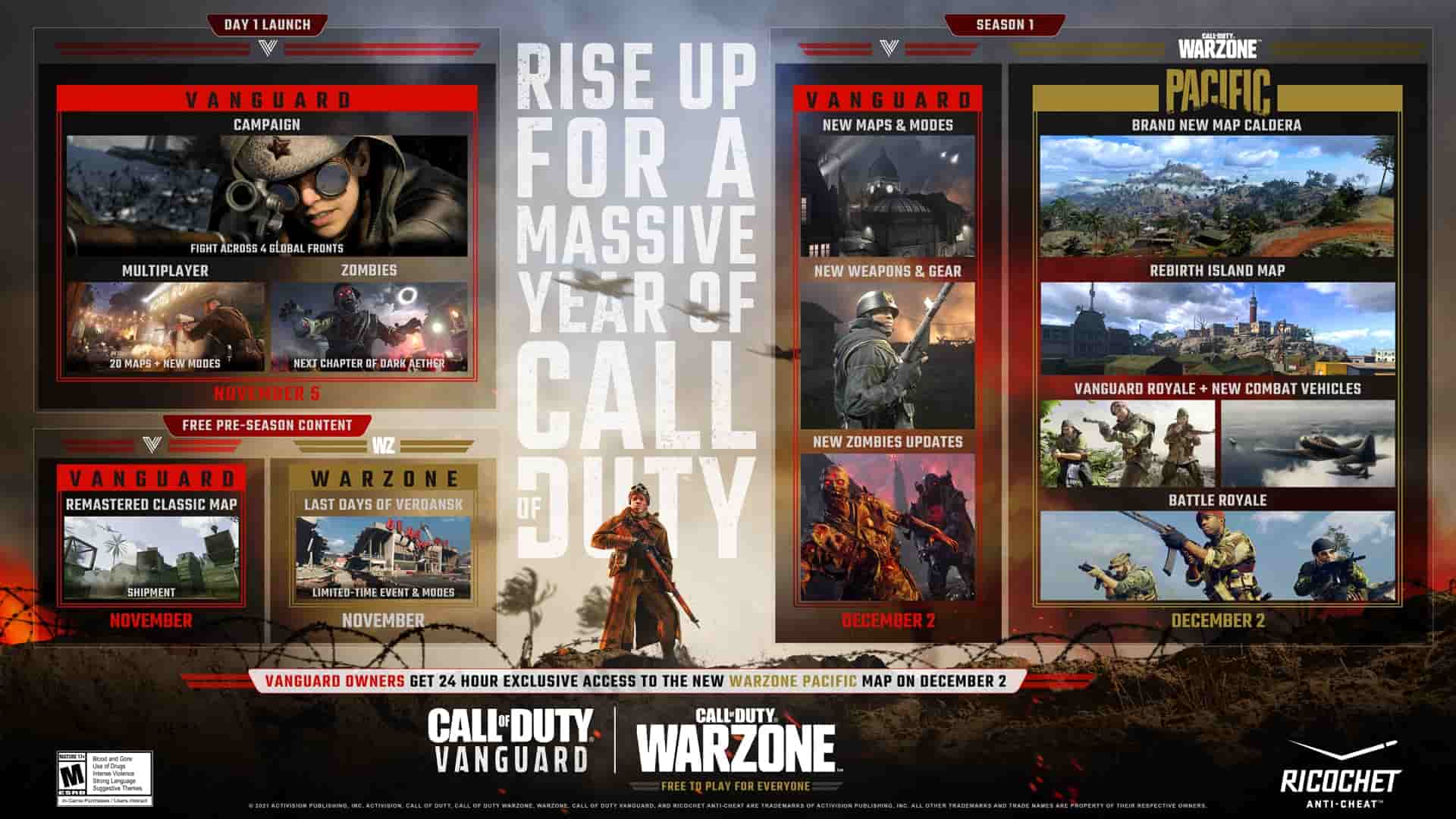 A fun fact that not a lot of fans know is that there’s actually already a map in the game that is set on that island, and it's called the Shipment. You can actually go into the spectating mode inside of custom games and actually have a look around the area. It appears as though the background isn’t fully developed, so it doesn’t show what the Caldera will be. However, this may well be one of the main locations on the map. The Shipment could be there. You can see the encampment, the apartment buildings in the distance. But the rest of the island isn’t totally there. So, we can’t get a better look at what is actually there and what we can expect from the map. However, we have had a few leaks here and there as to what the map is actually going to look like. The first image of the map was given to players at the launch of Vanguard. As far as it goes, there are several locations around the map, starting at the coast of the island, you can see the following places:

In addition to that, we can say with certainty that this is a volcanic island, where the Volcano takes the central role of the entire map. There’s even a calling card suggesting the Volcano erupting, which could lead to the rumor of an event where that will happen. Other leaked calling cards suggest even more locations. For instance:

As long as the Warzone Pacific map release date goes, we will be getting it on December the 8th, when the Season One lands on everybody’s hard drives. They’re happening at the same time. 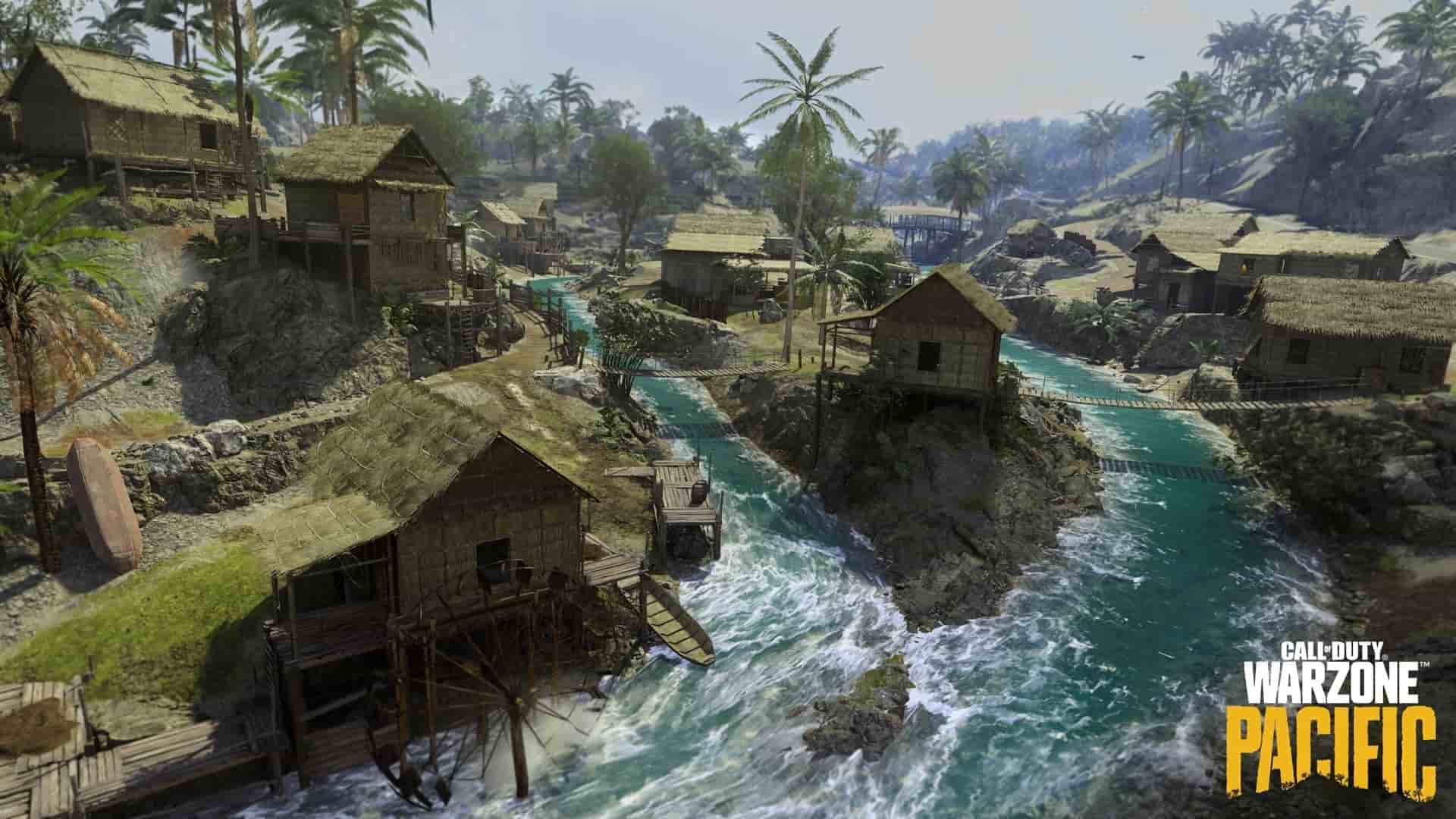 The Secrets of the Pacific is the new event going live in Warzone right now that introduces a handful of rewards for the Call of Duty Warzone Pacific map. If you go to Warzone right now, you’ll see a new tab in the main menu with the information about the event. It’s going to be live for about 2 weeks, so once that timer is up, that’s when another update will come out introducing the new map. Now, as for the event itself, it comes with an array of different challenges. If you complete all 6 of them, you’ll get the bonus reward of the STG blueprint. Although you can’t preview this blueprint in Warzone right now, you can do it in Vanguard through the Armory in that game. Both of these games have a set of 6 challenges, but the ones in Warzone are way more fun because they are about collecting intel on the new map. For Warzone, these are:

You should keep in mind that you must actually survive the next zone or win the game (whichever comes first) to complete the challenge whenever you find the items and pick them up. So, it’ll make sense to hide after picking up the item you need and wait for the next zone to come! 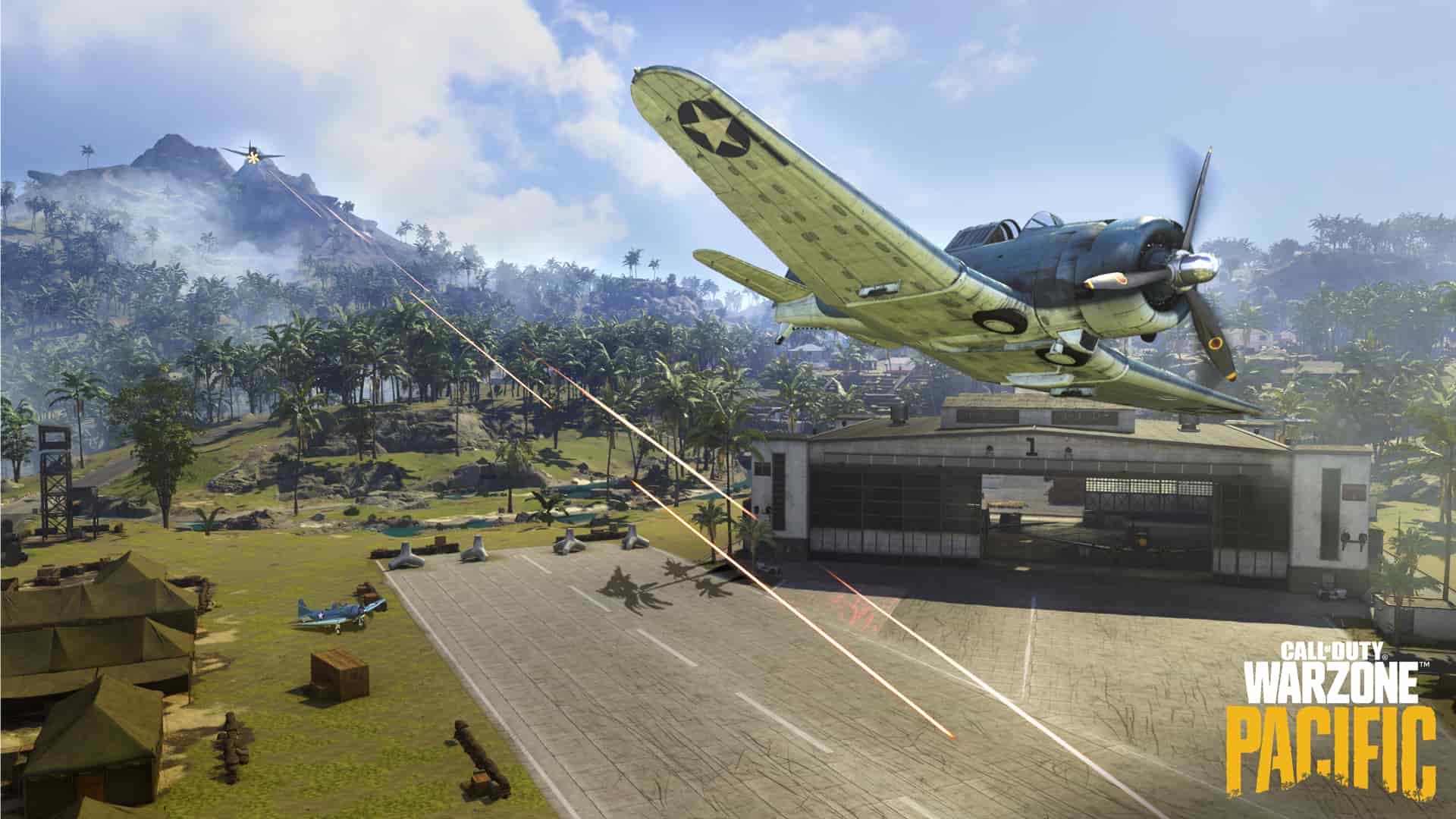 Before we conclude our little overview, we’d like to mention one last Warzone Pacific map leak that is actually related to the size of the upcoming map. If you remember any of the initial rumors that surfaced way before the Vanguard even released, it was stated that the new Warzone map would be bigger than Verdansk in size. However, what we’ve been hearing today is that the situation seems to be completely opposite from that. It turns out that throughout the development, the map actually shrunk in size. Therefore, even if it was planned to be bigger, it could likely end up smaller than Verdansk. This is also great proof that leaks should not be 100% trusted. That being said, the developers didn’t make any comments regarding this leak, and they will likely never will. So, in the meantime, all we can do is wait for the official update so that we can see everything for ourselves. And on that note, let’s wrap up. Thank you for staying with us today, learning all of these details. We hope you found the information given here useful. And remember - lfcarry.com is always there for you if you need any in-game help! See ya next time!