How Will the Price of SLP Change?

First of all, unfortunately, among experts known to us, there are no clairvoyants, so we’re going to focus on the opinions of our PRO players, managers, and team leaders. All of them have been following the project for over a year, some of them from the very beginning. Therefore, each has enough experience to speak up on the matter. Keep in mind, however, that this is not financial advice.

Let us start with the negative point of view that is popular among regular players (not the ones that we have on our roster). There’s a lot of noise out there. Some claim that SLP is a scam, meaning that the developers are simply frauds. According to such people, the devs will take all of your hard-earned money (which you got by playing a little game), buy themselves a small country, and change appearances. There’s no need to comment on such views since their absurdity is caused simply by a lack of relevant information. All it takes is knowing the history of the project:

What The PROs Say

Now, let’s have a look at what our PROs have to say.

The price of SLP can potentially rise, and quite significantly at that. This will likely happen during the launch of Origin. The main question is: how high will it go? It will depend on a few factors:

Cryptocurrencies in general are seeing a massive decrease in value, which is not a cause for panic. Based on the fact that financial markets are largely dictated by human emotion, thus forming certain cyclical stages as shown on this chart, it can be assumed that Axie Infinity’s success will be repeated this summer. 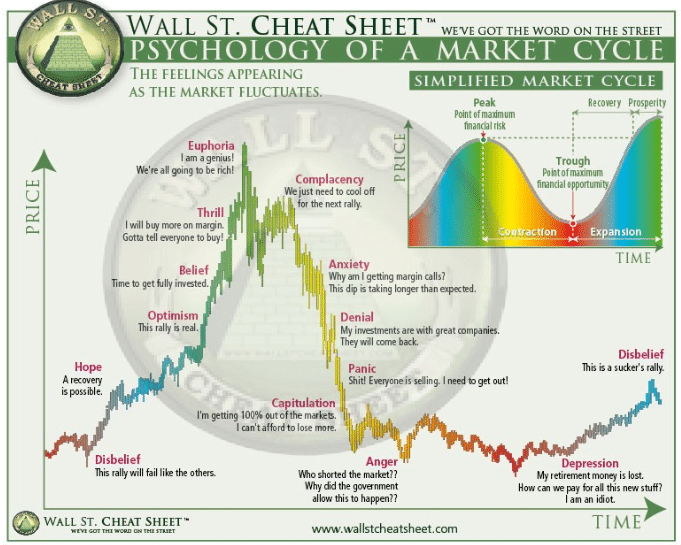 This argument might not have a lot of weight on its own, but when coupled with the developer’s official roadmap for the game, this situation is looking rather promising.

Our expert believes that the launch of Origin is set for summer 2022 (not confirmed officially). The cyclical nature of the market is pointing towards this assumption. But this is just one of the reasons why the developers are taking so long. The other possibility could be that they’re simply trying to release a high-quality product.

On top of that, last summer was when we saw an incredible rise in price for SLP. The first wave was caused by the hype, which made it go against the general trend of the market. The second increase happened as a result of the general bullish trend. 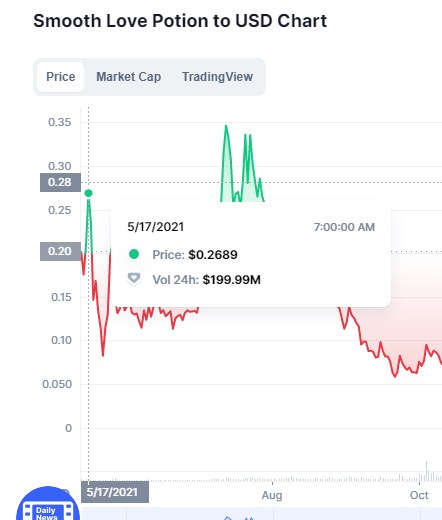 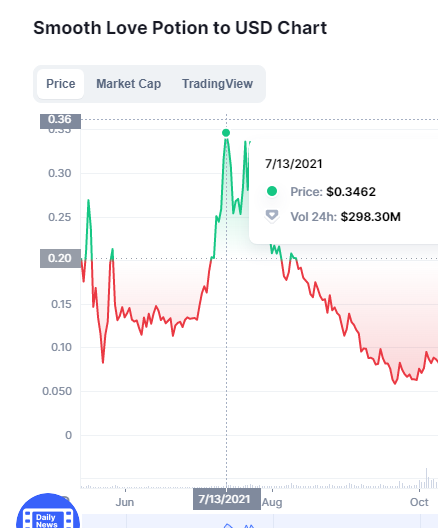 Sky Mavis will release Origin approximately on June 25. Shortly after that, they’ll add the free version to the Play Market and enable the tools for SLP burning. According to an official statement from the devs, they have stopped working on the classic version and dedicated all of their production resources to Origin. This means that we can expect a full-fledged marketing campaign and content support. So, the events of last summer have all the chances of happening this time around.

In addition to that, our expert admits that the development team might buy back some of the SLP supply currently circulating in the public to stir up the hype. Let’s also not forget about the SLP burning mechanics. If we combine all of the above, we’ll get a project with a stable balance of economic growth.

Let’s discuss how much SLP might go up by. Som believes that it won’t be as grand of a rise as last time because the competition is more fierce this time around. Plus, the devs are talking about a steady launch with a phased development model.

There really is a lot more competition now, and it is getting better. There are even cases of clear plagiarism (which in gaming is called "cloning"). About five projects with extremely similar mechanics have already gone under. We haven’t covered them here; all of them quickly stopped being interesting in terms of profitability. It was enough to see that the payback varies from a year to three, or sometimes even five years! Perhaps this is due to a lack of guilds similar to ours that these projects turned out to be unscalable. Most people tend to trust their funds to the professionals who can guarantee they will achieve the required results. To be fair, the Play to Earn group has other pretty good projects to make a profit on. You can find out more about them on our website.

A steady growth is a phased addition of new mechanics that are able to attract more people into the project and manage the game’s economy in real time. Speaking of new content, Sky Mavis is preparing something truly ambitious in this regard. All sorts of mini-games of different genres, such as racing, tower-defense, and even creating a social network and an entire kingdom (within the Land project). According to the devs themselves, such an approach helps to make the economy of the game more stable, giving them time to analyze and correct it when needed.

Some say that SLP will cost 4–6 cents or even 12. We like this approach. At the end of the day, it is up to each of us to find high-risk projects, hoping for the best, or get behind the leaders of the Play to Earn genre. The choice is yours.