How LFCarry Operates In Axie Infinity

Hey there! Let’s get acquainted. We are LFCarry - one of the largest service providers inside virtual worlds. For over 5 years now, we have been providing high-quality service in video games and in that time we’ve satisfied countless customer needs in games such as: Destiny 2, World of Warcraft, Call of Duty, Apex Legends, and many others. Mainly, our services are based around co-op gameplay with Professional gamers, either for fun or for getting the desired in-game result. Overall we've provided 240,000+ successful orders, and our trustscore on Trustpilot is 4.8/5 with almost 5,000 reviews. Our motto is: for gamers, by gamers because as avid gamers ourselves, we truly understand what gamers want. Not so long ago, in 2021, we turned our attention to a new evolving game called Axie Infinity. The most fascinating aspect of this game is its healthy in-game economy, which is directly connected to the real global economy; it's a gamer’s dream - complete in-game activities, beat other players and earn money for it. Basically, the more you win, the more you get! We began by playing Axie Infinity ourselves in order to figure out how all of the nuances and mechanics worked, with our end goal being to determine whether the economy could, in fact, bring in a stable and predictable income. Now, in 2022, Axie Infinity has more than 8.3 million continuously-playing users, and the developers have raised $150M for growth, and are consistently implementing monthly in-game updates. Meanwhile, on our side, we have built up a steady process of massive crypto coins acquisition for our customers! We will explain in detail how we were able to get such a result, but before that, let's take a closer look at the game itself.

Axie Infinity is a crypto-meets-Pokémon game, where you play with so-called Axie creatures, and the gameplay is mostly similar to a digital collectible card game (like Hearthstone, etc). Currently, while you complete in-game activities, such as winning against other players in Arena PVP (PVE activities are not currently available as of the time this article was written), you can earn the Smooth Love Potion, SLP, - a gaming crypto-token. The higher PvP rating you have, the more SLP you’ll get for each win. SLP can also be used to breed new Axie creatures, which can then be traded in-game for AXS crypto-tokens. Both tokens can be bought and sold on decentralized crypto exchanges. As we mentioned above: play and earn money! 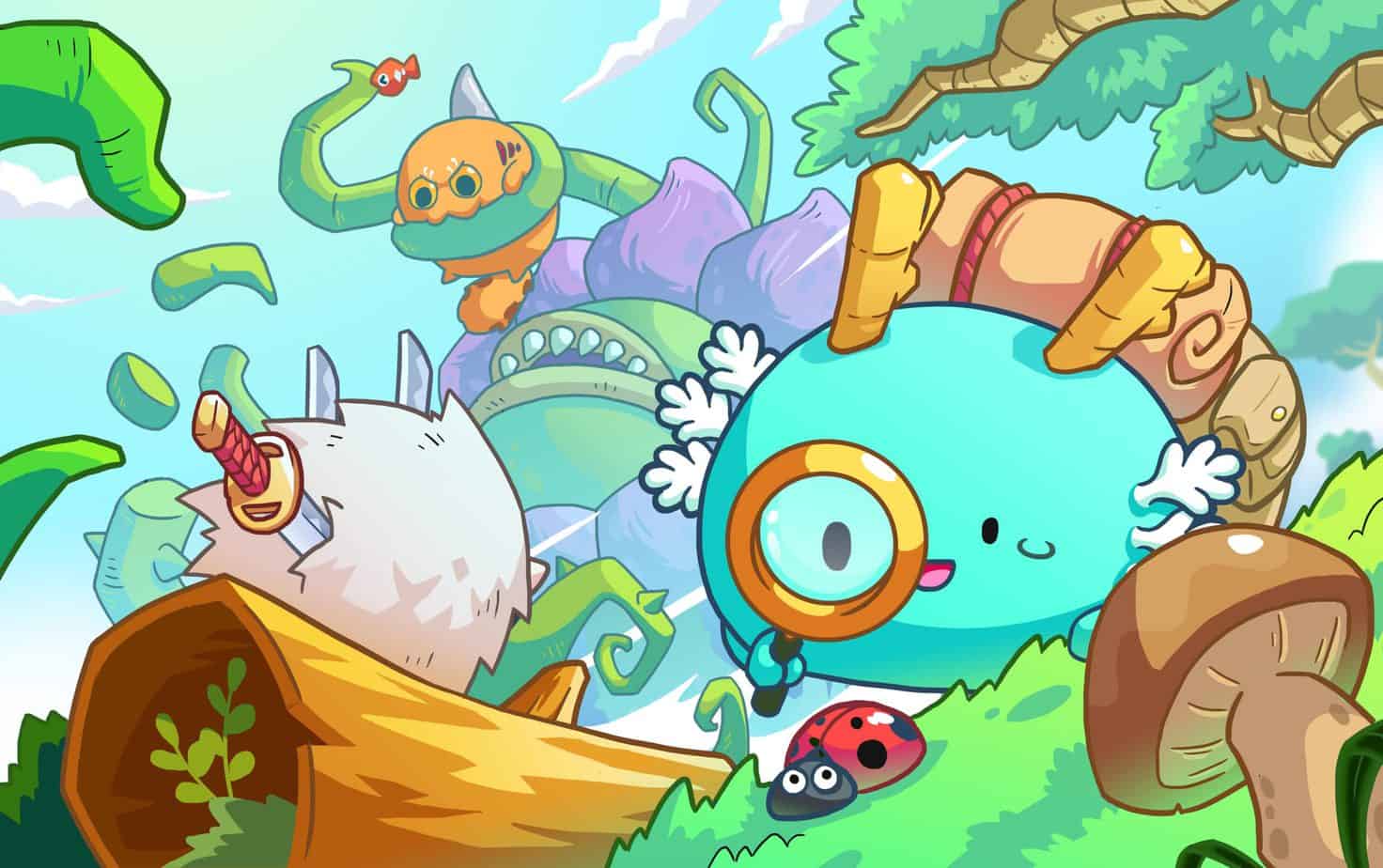 The selection process and how many players we’ve hired

Unfortunately, we started working with this game pretty late. So, to attract players into our own guild, the decision was made to simply offer the best conditions on the market. Just for context: guilds are companies that use funding to find, sign up, train, and manage new players with the goal of increasing the SLP income.

The most important aspect of hiring is a good manager who’s able to “sell” our guild to a player.

The selection process itself is quite simple. The goal is to earn a certain amount of SLP from each account. Thus, if a player is able to fulfill this criteria they are a fit.

As of this moment we’ve hired around 170 players; some of whom are already real professional players, and some are entry-level players. In order to test the skills of experienced players and help new players develop theirs, we created a variety of training courses.

The work that went into establishing LFcarry in the game

First, we examined the conditions that were being offered by existing guilds.

Managers with a vast experience record in the game were then hired and they were tasked with creating terms and conditions for our very own scholarship program, as well as the players hiring process.

Furthermore, a specialist was hired to assemble the best teams for maintaining a consistent presence in the high player ratings. 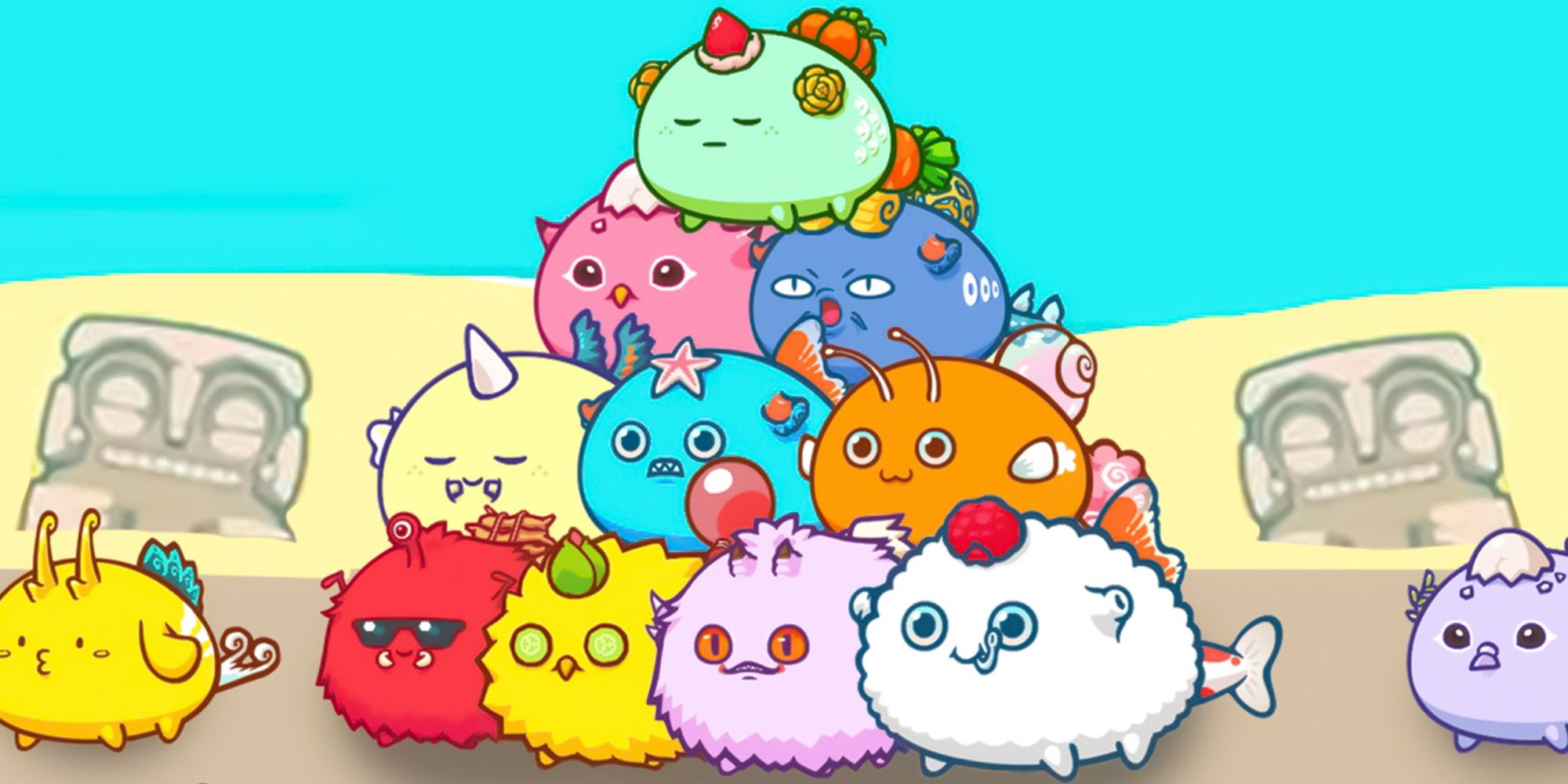 In order to attract players, a campaign was launched on all possible platforms.

Then, to cultivate the player’s skill and efficiency, our experts created a training course - from 0 to Pro. This was done with the idea that we would be hiring both novice players as well as veterans. Over 100 players have signed up into our academy.

The training course consists of 5 stages:

At the moment, there are 4 managers that supervise our players. They possess the experience of the support team from LFcarry’s other projects, where more than 10,000 clients had to be managed.

Each manager is assigned a certain number of accounts on which our scholars can play.

Such a large number of accounts requires a good system of quality assessment.

The tracking of our metrics is approached in a complex way.

The following metrics are the basis for each account we look at on a daily basis: 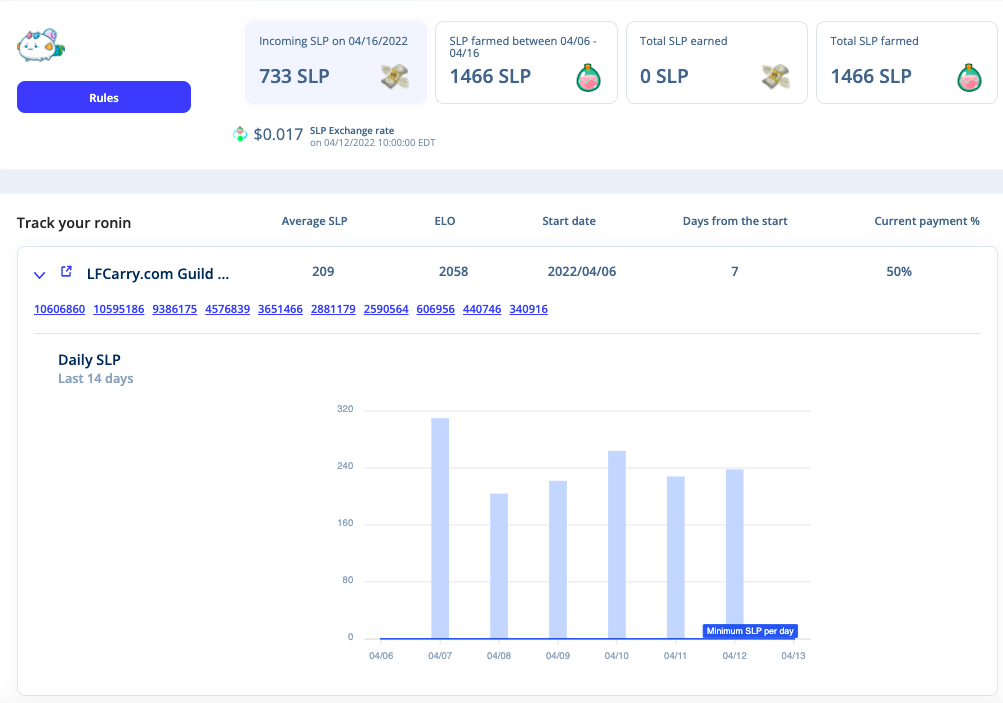 Our managers track these metrics daily. Based on them, certain adjustments are being made if and when needed. To do this effectively, they work with performers as mentors, and they have many tools at their disposal to help them do so: online chats, calls, training materials from Pro players, and regular battle reviews. The roster consists of players from all around the world, therefore, the language used for all of this is, of course, English. The main channel for communication is Discord.

Initially, a lot of attention was paid to the selection of teams. These teams are varied, which allows them to continue to farm successfully even after the developers release rebalancing updates.

For example, the most popular team composition is the POISON-oriented one in several variations. It is used by 35% of all accounts.

Furthermore, the overall performance as well as changes in the cost of teams are being tracked.

The average MMR and amount of SLP being farmed by a specific build (team) defines how effective that build is in general terms. Additionally, this average helps us weed out ineffective teams and replace them, accordingly.

All of the above leads to great scholarship conditions. Moreover, our manager’s personal involvement with each of the players helps player retention in the first place. On top of that, players’ share is between 50% and 65%; not a lot of guilds can offer that same deal.

Naturally, by offering such appealing terms, we require our players to maintain a daily SLP farming minimum.

There’s a system of bonuses in place that rewards our players achievements:

This system also helps to determine the best of the best players. 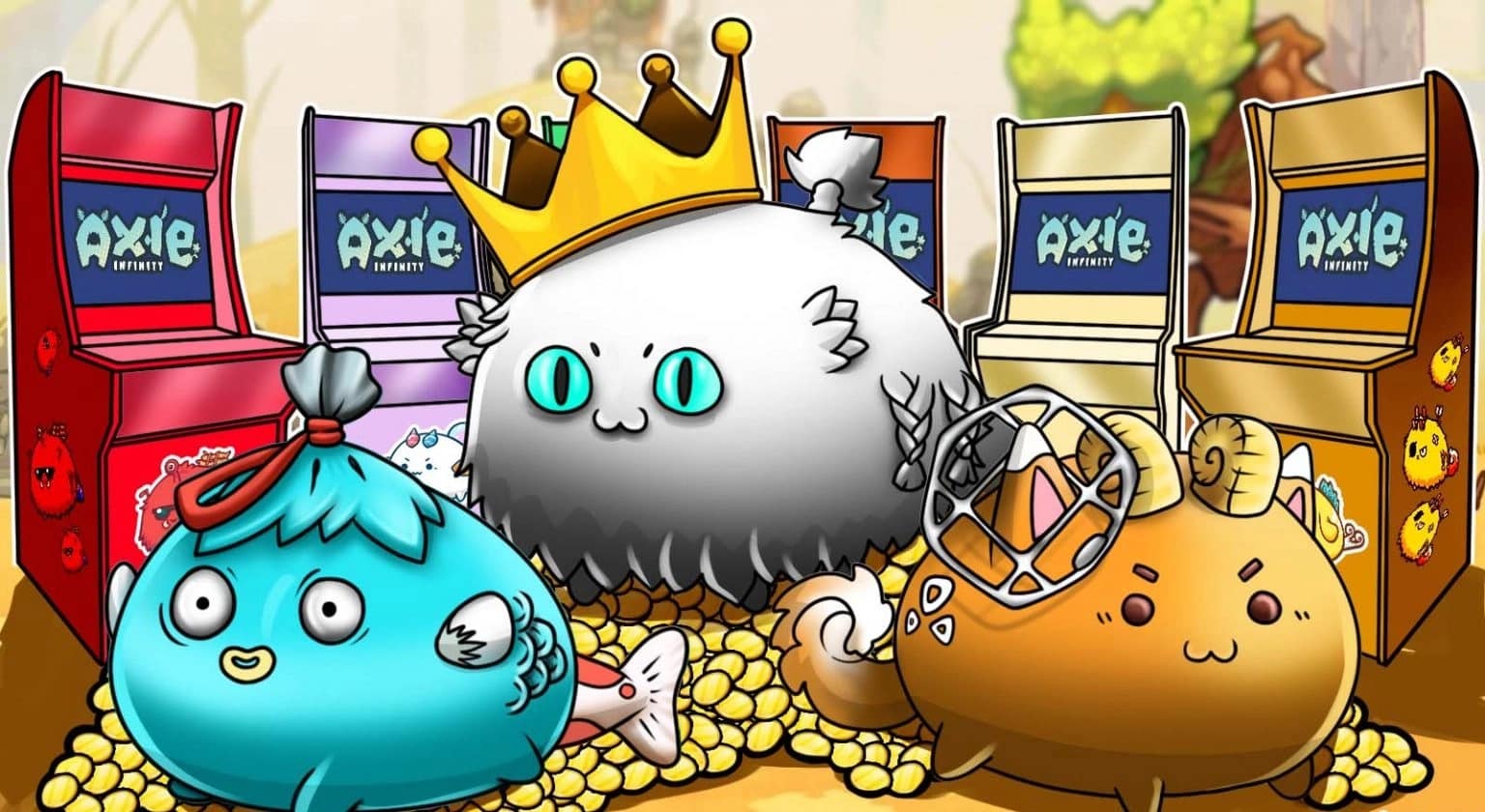 Account selection process and the amount of accounts bought

Over 250 accounts have been purchased. The main principle for selection is the maximum effectiveness at the least cost. Also, the build must be meta and suitable for 1500+ rating.

Currently, a new important criteria for any build is also the availability of 40 energy. This allows for a significant increase in the profitability of such builds, for both the players and the company.

The result: how the accounts are utilized and how much SLP is being made by them

As a rule of thumb, almost 100% of all accounts we own are being utilized. The only exception are those builds that could potentially lose their relevance after balancing updates, which are introduced by the developers.

Any new account is processed within no more than 3 days. During this period, we find the best player for it.

Our experts analyze all the builds and if the team is weak in the current version, there is always a chance that it can perform better after a rebalance. Until then, the account is used for training at our academy.

Thanks to our terms and conditions, there’s practically no turnover of players.

Season 20 results and making our way to the top 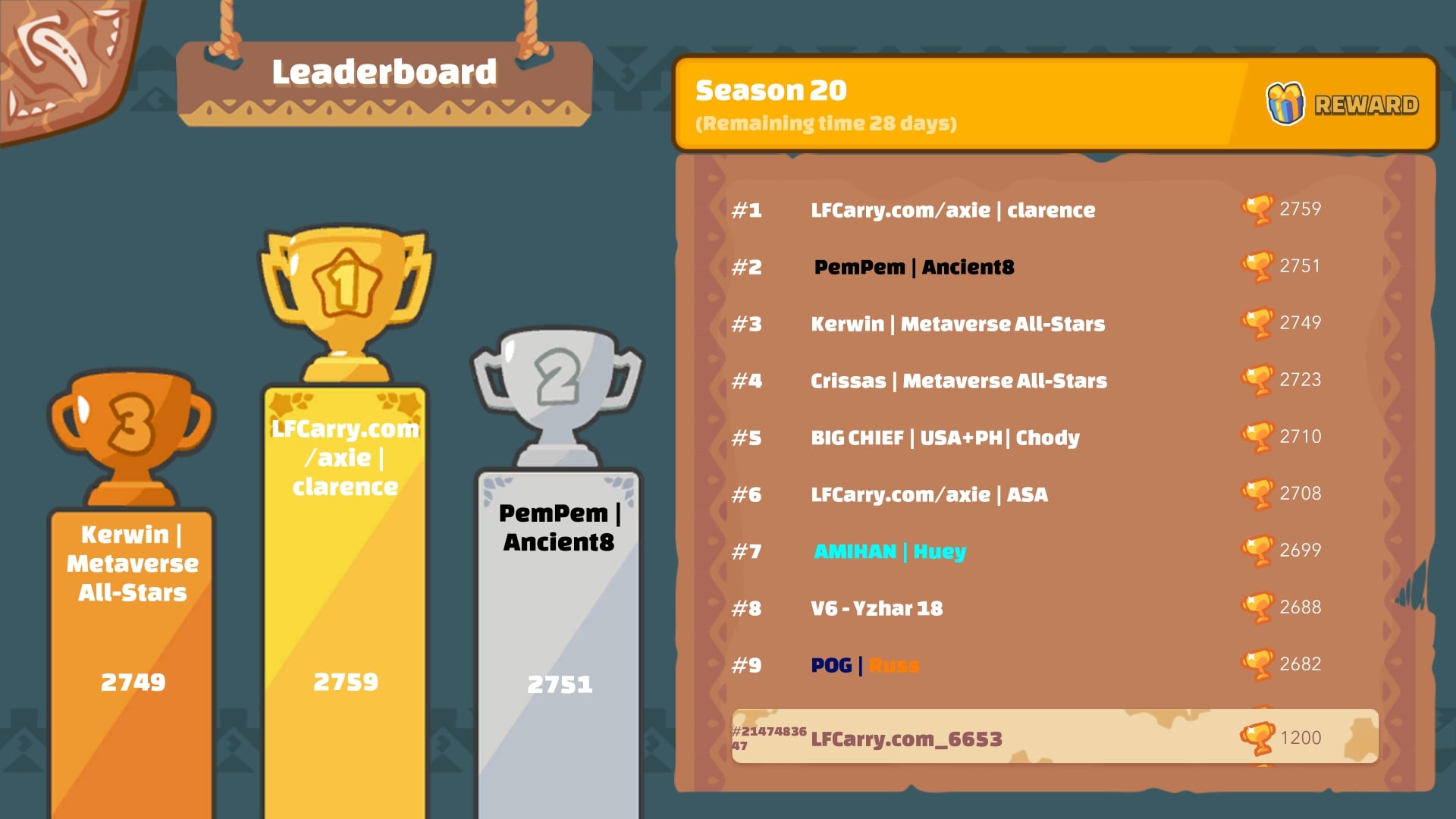 For season 20, the decision was made to sign up 10 players and create for them all the conditions that would enable them to take the highest positions in the Leaderboard.

We then reviewed and selected players who were previously in the top-100 in Season 19.

Personalized teams were then assembled with a budget of $3,000 for each of those players.

According to the top earners, this guild offered the best conditions for top players. The main advantage was that making replacements in the teams within a certain budget was allowed. This is more difficult to do in other guilds.

Throughout the season, these players managed to place top-1 in the leaderboard for several days in a row. 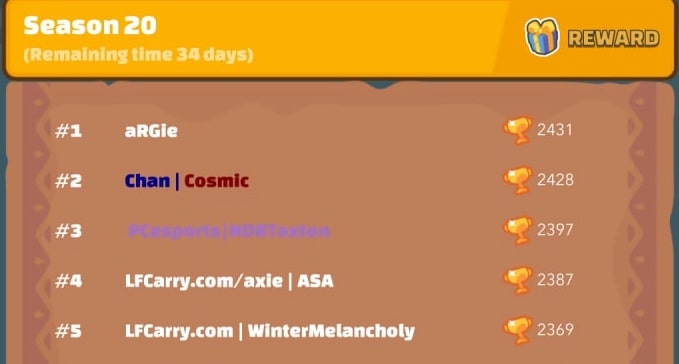 Unfortunately, none of the players managed to finish Season 20 within the top-20. However, they did take 2 spots in the top-50.

As season 20 was our first experience using this formula, we plan on learning from our mistakes and having at least 2 players claim spots in the top-10 in Season 21.

After reviewing some of the tournaments for this game, we concluded that the Esports scene, that helps us unite the community for this game, is underdeveloped. Therefore, LFcarry saw the opportunity to take the matter into its own hands!

As a result, over 300 applications from scholars have been received, including players from the top-100 who want to come to work with us and become a part of our guild. In turn, this also led to the following:

Players who have accumulated the most of league’s points will be directly invited to the final tournament, which we call an International in the world of Axie!

The system of the league will allow anyone to earn by playing Axie Infinity, not just by winning in the matchmaking but also by actively taking part in all of the seasonal activities of the league, thereby increasing one’s income tenfold. 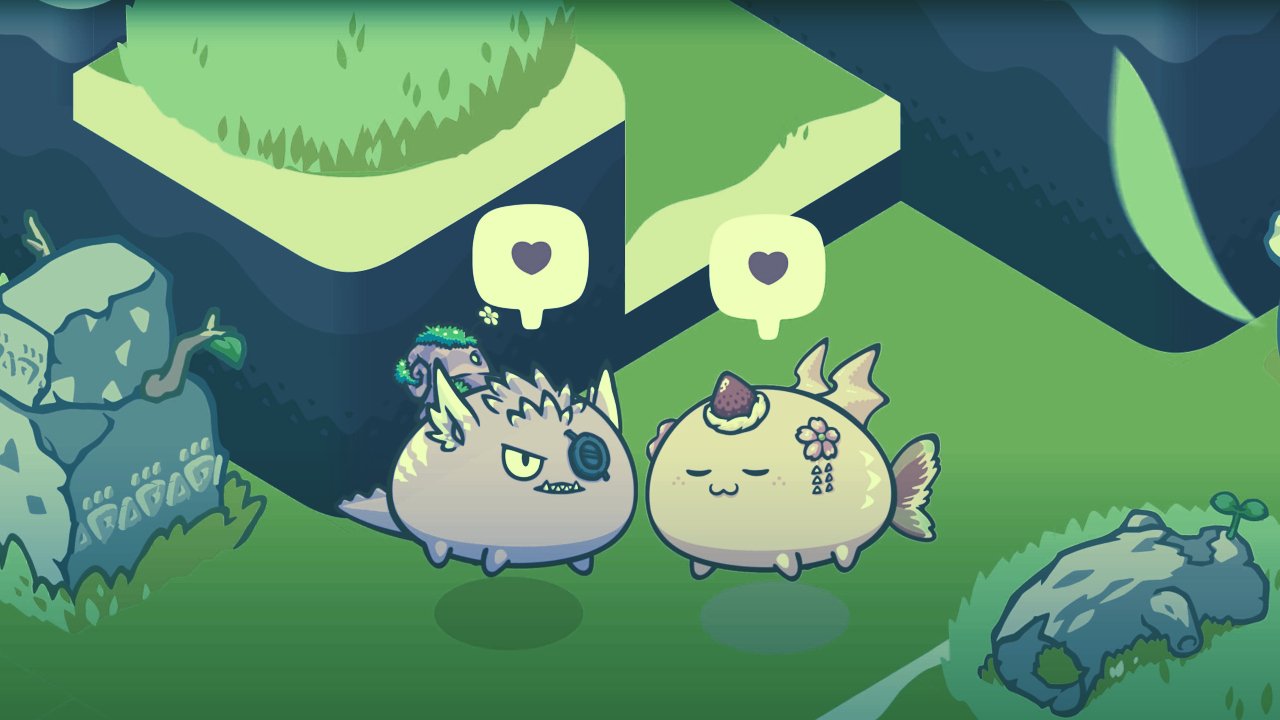 Selling of the service on the open market

We’ve taken all of the steps and pains required prior to offering our service to customers. Assembly problems, search for players, studying the entire market, and launching the process only after the first hundred of our accounts were successful; we only offer our customers the same conditions under which we work ourselves. We find that in doing this there are no pitfalls. Furthermore, based on our experience, most of our customers share the same difficulties while playing Axie Infinity and this helps us predetermine what difficulties and problems our customers may have, and help them accordingly:

As soon as we realized that it was possible to earn a real income in this game and after adjusting all the processes, it was time to share this opportunity with our customers. Since December 2021, we have been actively engaged in attracting customers and showing them increasing annual profitability. Of course, we cannot guarantee the SLP rate but based on current indicators our clients can be rest assured that they will receive more than 37% per annum. Even now, just 4 months after starting to work with clients, we can tell you about a variety of successful cases. 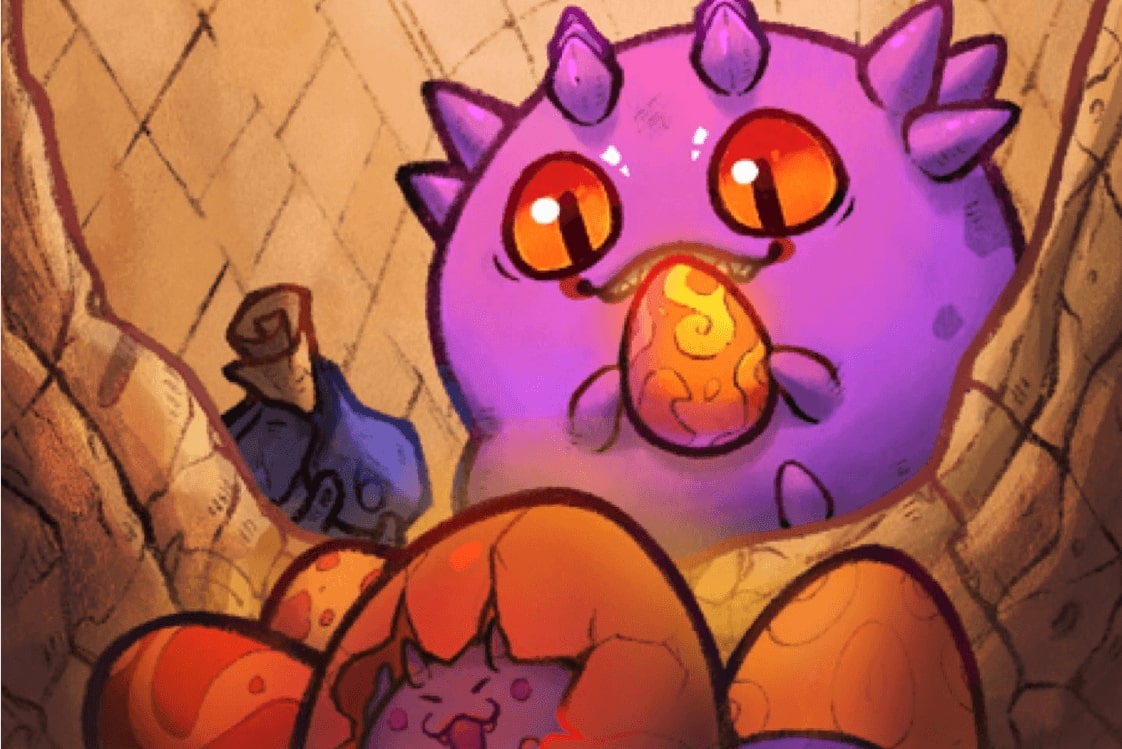 Usually, in order to get acquainted with the service, our clients take 1-2 accounts and at the current rate they receive 37% annual return.

We also work with the VIP segment, who are interested in long-term prospects and buy anywhere from 6 to 20 accounts. Their profitability is higher - 50% per annum.

There are also crypto investors and companies in our database who see the true potential of this because they have already worked with similar types of businesses. We help to fulfill their large needs, providing them from 20 or more accounts. They receive 57% per annum, and we are happy to unleash our full potential working with big deals such as these.

Our biggest pride is maintaining 100 client accounts in one transaction! And of course, we have developed personal conditions to provide increased income!

In any case, as you may have already guessed, not only can we earn, but we can also help others to earn in this new and extremely lucrative market!