The developers are reporting the following stats:

These statistics don't include the SLP rewards and only cover the PC version. This project definitely got the hype it deserved!

Our team has been keeping a close eye on Origin for a while now. You might remember our early preview article where we went over some news, as well as rumors and predictions. Now, after having played the 3.0 ourselves, it’s time to share with you some cool insights about the new features. And by the way, these tricks we’ll go over, and more are being utilized by our PROs who mentor new players.

So, you get a team of 3 basic Axies that you will use to complete the tutorial. It’s a great opportunity to try the game for yourself. The client for PC is downloaded from the official website.

The PvP arena becomes available after you’ve completed all 6 parts of the tutorial. The arena is the game mode we will be focusing on since this is where players will be earning their profit in SLP.

As we uncovered in the preview, the usual Axie stats such as health, speed, skill, and morale are officially retired. From now on, all Axies have the same amount of HP - 320 points. There are no more strong and weak points from the class standpoint either. That class balance triangle is no more! You don’t have to memorize the damage calculation formulas that take into account the class and its bonuses or debuffs when attacking or getting attacked by other classes. There’s no bonus to DMG or shield when an Axie is using a card that matches its class, either. Lately, in the original version (2.0), most teams have cross-breeds that have cards from other classes. This is the most common type of team among the top players. Instead, Origin focuses on pure-bred Axies. This kind of beast has higher Potential Points needed to upgrade cards.

Now, let’s touch on the battle positioning. It seems that 2.0 offered more space for maneuvering. In that version, you could place your Axies across 3 vertical and horizontal lines. Smart positioning was often the main factor that guaranteed victory. You had several “fool-proof” positioning tactics. One of those is called “the triangle.” When using it, you would place 2 of your Axies close to the enemies on the first and third horizontal lines. The third Axie would be placed behind them on the middle line. The victory was ensured mostly because the Axies attack the closest enemy creature, and since there are 2 closest in the triangle - the chance of either of them being hit would be random.

In Origin, you only have two horizontal lines. The slots where you can put your Axies are now referencing the chessboard, so “the triangle” placement is no longer possible. However, anemones who need an extra turn to restore health got new ways of protection. For instance, they now have a card that spawns a bird on the battlefield. Its abilities are not important. What’s important is that you can select where to put that bird on the battlefield when summoning. This means that we can use it to shield our Axie.

The order in which Axies get to play their cards in 3.0 is decided randomly at the start of the battle. Naturally, whichever player gets the first turn has an advantage. To balance this out, the second player gets a free card that can be redeemed to get +1 to energy. That card has no cost.

The turns themselves are more dynamic - as soon as a player plays a card, it gets played. No more assigning cards and then waiting till the end of the turn to watch the results. However, just like before, the enemy turn starts when the “End Turn” button is pressed. Therefore, this change just keeps the battles more intense, especially if players have great skill. We’ve already told our players to pay more attention to how the battle evolves and try to predict what’s going to happen in the following turns. Once again, in 2.0. you had the opportunity to choose your cards and then remove them if you made a mistake. But now, playing a card is irreversible. So the way players think has to change.

Another quite massive improvement in 3.0 is the death mechanic. In 2.0, when Axie dies, its cards are removed from the deck. The certain team builds used a strategy of accumulating cards. The point was that by the time only one Axie in the team remained, it would have 8 cards in its hand. So if you can play no more than 3 cards at a time, every new turn, you’d have a carte blanche. It might not sound impressive, but if you did it the smart way, that last Axie was near impossible to defeat. In 3.0, this doesn’t work anymore. When an Axie dies during the battle, its cards are replaced with the “revenge cards.” Some of them might seem useless and weak (dealing only 75 damage), but others are capable of turning the tide of battle completely. One of these cards can be used to give 70 shields to a chosen remaining Axie. This brings to mind that a team needs an Axie that has a card that could replace cards in hand without any cost (by way of enumeration, there’s a greater chance to get such a card). So far, this is just a theory, but our PROs are already working on proving it! 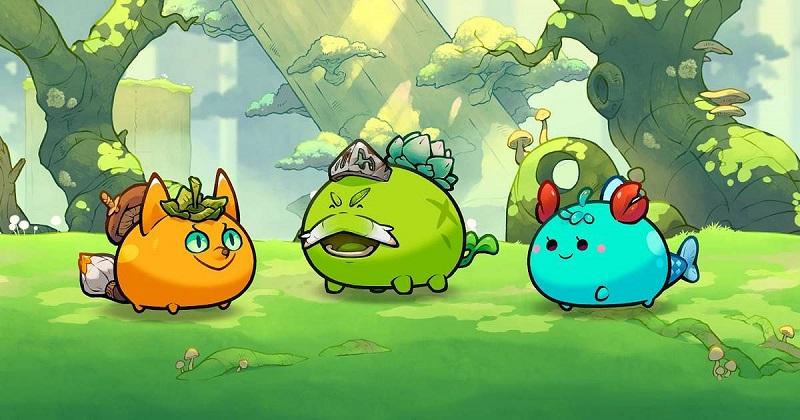 In Origin, a deck consists of 18 cards with only 1 extra copy per card allowed (instead of 2 copies in 2.0). 9 tags and sub-groups of cards have been added that signify how cards work in battle.

A lot of awesome combinations can be created if you understand how these types work. For instance, Retain would be useful to have by Beast cards because when it enrages, its cards deal increased damage. It's not often can you get 3 beast cards in one turn. Therefore a beast card with Retain property is best to keep in your hand.

Rage can be defined as the predictable critical damage. Critical strikes as they remained in 2.0. Instead, we now have the rage mechanic. The way it works is - that some Axies can accumulate rage during battle. When 10 stacks of rage are earned, the Axie gets +1 to energy and deals increased damage until the end of the turn. 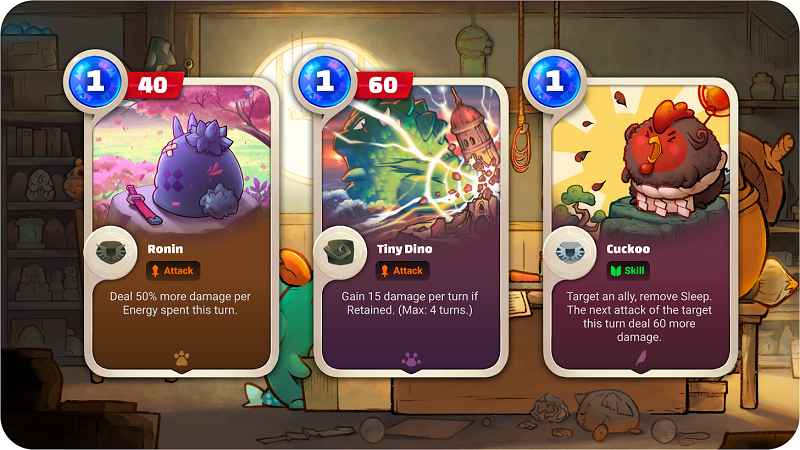 Finally, we get to the most intriguing part of the update. Runes are items that give Axies unique, passive abilities that get activated automatically during battles. Each Axie can only be equipped with one Rune. Most Runes can be crafted using in-game resources such as the moon shards. Although, there are certain Runes that can only be obtained through special events or achievements.

Charms are another kind of wearable item that provide Axies that equip them with bonus effects that, similarly to Runes, activate on their own during battles. Charms are applied to cards. There are 10 types of Charms, one per each Axie class and one extra neutral class. Charms that are based on classes will become available in future iterations of Origin. Each of the 6 cards can be equipped with a charm of the same class. For instance, you can put a Reptile Charm or a Neutral Charm onto a Reptile card. As we said in the preview, some of these new items will be craftable by the use of SLP.

Potential Points - this is a new parameter that differentiates Axies and can be found among filters on the game’s marketplace. To equip a Charm, an Axie must have a sufficient amount of these points. When the item is equipped, the amount of points is reduced. Otherwise, when you unequip a Charm, the points are restored. For instance, in order to equip a Charm that costs 3 Potential Points on a Fish card, the Axie must have at least 3 points belonging to the fish kind available.

These points are calculated based on Axie’s body parts. The bonus is applied if an Axie has 3 or more body parts that share the same class. The purer an Axie, the more Potential Points it would have. Neutral Charms require the number of points of the class they’re being installed on. 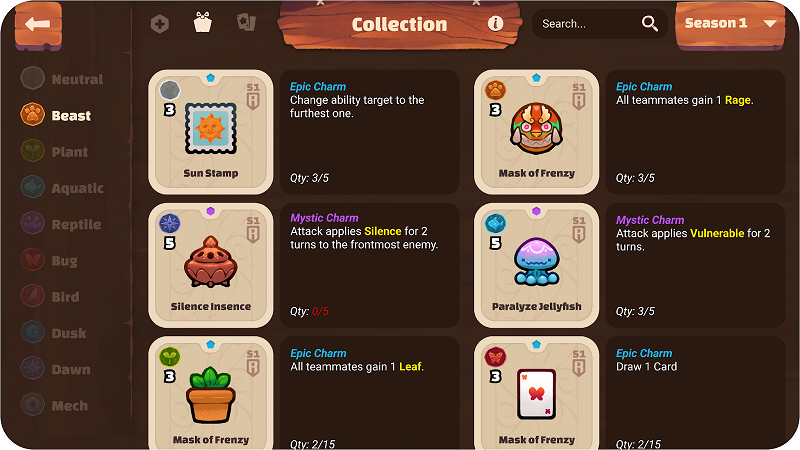 Well, this is quite a lot of information to get through. If you’ve made it to the end - congratulations! Now, perhaps, it’s time to take the knowledge you got from reading this article and apply it to the game. What do you say? It’s free on PC right now!

Now, we will be covering more news and going into more detail on these features in future guides. Our PROs are already playing the game, researching every aspect of it, so when we release a guide, you can be sure that it will contain the most exclusive and useful information you can find online! So, stay tuned for that!