In our previous guides, we got to know the general aspects of Axie Infinity Origin. We’ve covered and reviewed runes, charms, and cards and their main mechanics. We’ve begun to test our team builds. Our pool has over 10 builds based around distinct and varied mechanics. Not to mention exclusive builds made by our top PRO players.

The last rebalancing patch affected anemons pretty severely. Unlike common opinion about this team being completely unplayable, our guild has a few players that have shown pretty decent results using them. Right now, in version 2.0, it is not recommended to buy anemons as it requires extremely high skill. On the other hand, in Origin, using anemons is way easier.

Wolf-is the rating title achieved while testing this build in Origin. This rank allows you to earn a decent income by using this team. 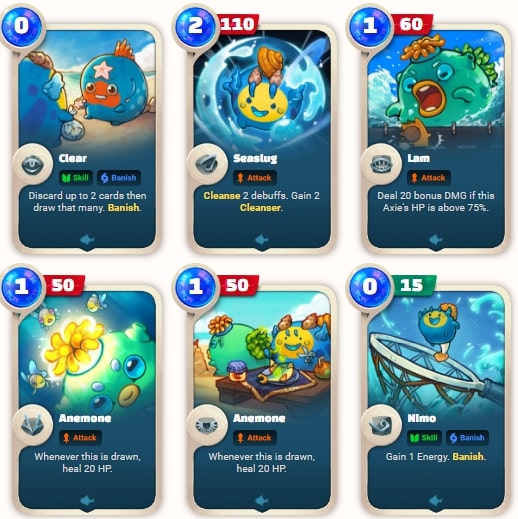 Now let us turn our attention to the changes brought about by the new patch. Let’s start with the pure anemones. They received two new awesome cards—for their eyes and ears. Clear-allows you to replace a card without spending energy on it. Sealug - removes debuffs Axies.The rest of the cards have their effects unchanged, except for the numerical changes. Lam still deals a lot of damage; the anemone card restores 20 HP and deals 50 DMG. It might come off as surprising, but this amount of restored HP is usually enough. Especially when you have a good tank on your team.

In this Aqua deck, there are 2 cards that cost 0 energy. In the classic version of the game, such decks are usually weak, but during testing, a good addition to this team has been found in the form of a plant with cards that cost 2 energy. 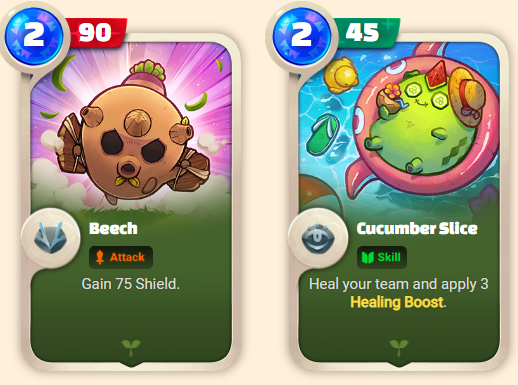 When combined with Anemon’s cards, the Plant’s cards make a great combo. Our PROs really liked this combo, although there are obviously other possible combinations. One other thing to note is that during the testing we focused on anemones that are available in our guild. If your anemones have different cards for eyes and ears, naturally you’ll need different plant teammates. All in all, they’ve proven to be pretty good in Origin.

This kind of team will perform well, especially against poisonous buildings. Plus, more than likely, the backdoor builders will also get in trouble when put up against this team. It might get a little more difficult if the enemy team has a Beast Axie. The fact that there’s no final damage adjustment and the ability of beasts to accumulate rage, which allows them to one-shot enemy Axies, are the two biggest problems. This testing data does not take into account the runes and charms and is only relevant to the version of the game that was available on the day this article was written.

In the next articles, we’re going to go over the poison builds and those that include Beasts. So, stay in touch and we’ll see you soon!